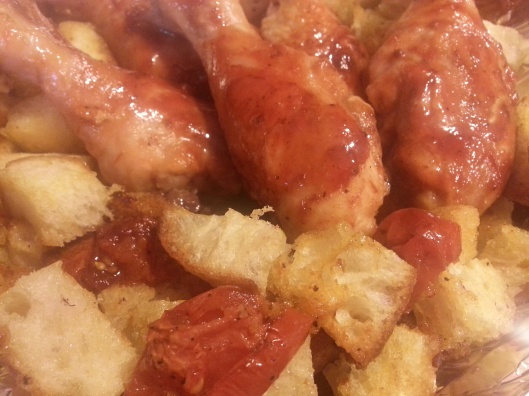 Some days are so much better than others. The best days are those I don’t have to put nary a tire on I-575. Those people are crazy. Certifiable. NUTS!

Who knew 575 consisting of two lanes could get five wide? True stories of 575 y’all. You just can’t make this stuff up. Do you think the Army would loan me a tank? 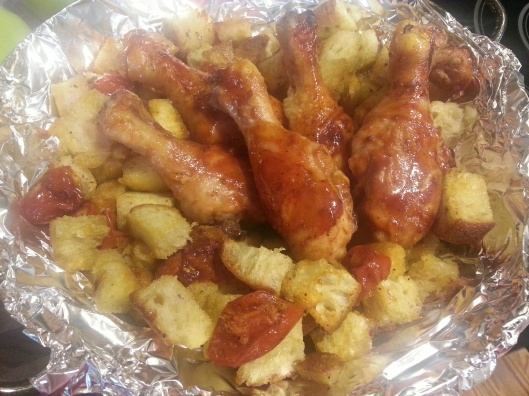 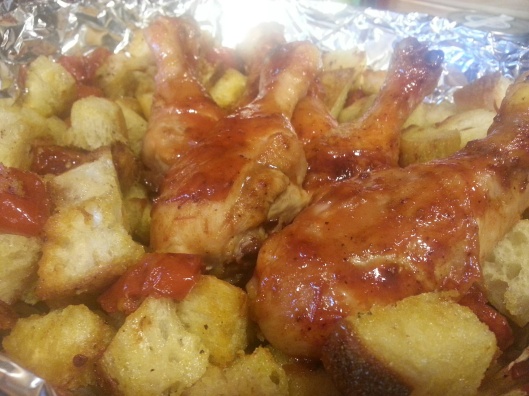 Bake or grill chicken drumsticks until done. Coat with BBQ sauce and return to oven or grill oven for about 5 minutes to caramelize the sauce. Cover and set aside.

Toss tomatoes with 3 tbsp. oil, 3 tbsp. vinegar, salt & pepper. Place in a greased baking dish and roast at 425 degrees for about 30 minutes. Set aside.

In a large mixing bowl, add bread cubes and remaining ingredients. Toss well. Add roasted tomatoes. Toss again. Bake in 425 degree oven for about 15 minutes or until bread is toasted. Serve with drumsticks. You can drizzle with additional oil and vinegar if desired for added flavor.

Note: You can also toast bread in a skillet on the stovetop. I prefer the oven method, but either will work. 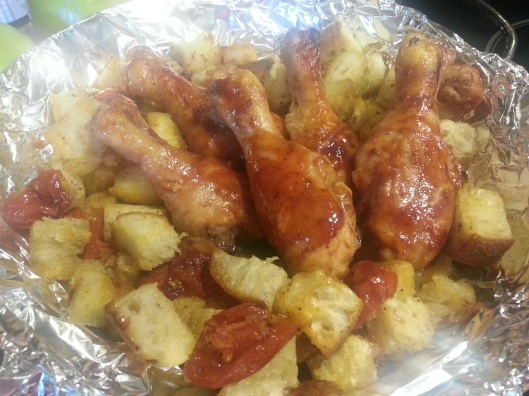 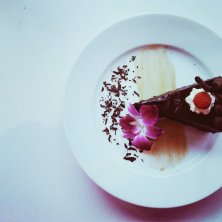 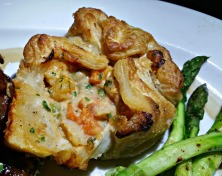 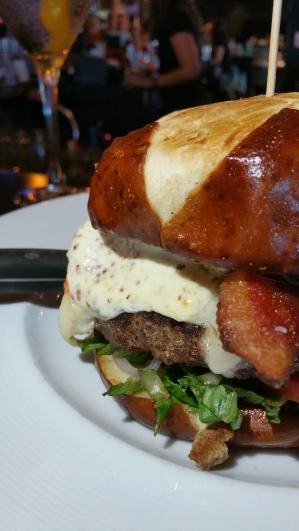 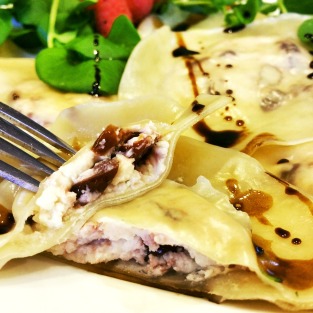 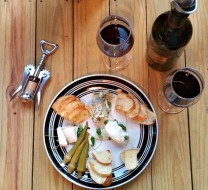 Join 5,160 other followers
Follow The Front Porch Gourmet on WordPress.com